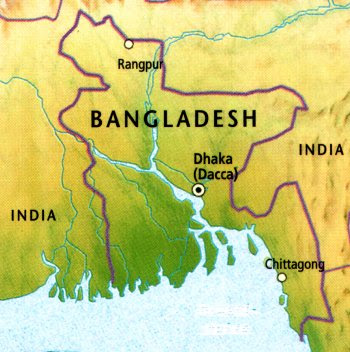 Chess Olympiad Dresden 2008 has achieved the highest level of registration in history turning it into the biggest Chess Olympiad of all ages. After the final closing of the registration list on September the 19th there were more than 2000 active participants announced. It will be held from November the 12th till November the 25th in Dresden, Germany. A perfect place to play big chess events after a successful world chess championship match in Bonn, Germany last month.

With 152 registered nations Dresden surpasses the previous Olympiad 2006 in Turin with 7 more countries. The participants distribute themselves to 275 teams, therefrom 156 in the main tournament including the second team of Germany and the teams of the deaf, correspondence chess players and blind persons. 119 women teams are starting.

The very popular Susan Polgar's Popular Chess blog provided an entry today on the Bangladesh Chess Team that left for Germany to participate this big event. I was proud to see Bangladesh's map in that entry. I know most of the players there personally and I wish success to this team whole heaterdly. I wish success to this team in the Dresden Chess Olympiad 2008. To see the complete list of all the chess participating nations and players, in this Olypiad, please click this link http://tournaments.chessdom.com/chess-olympiad-2008-teams .

It may not be a known fact to some of you that the current World Chess Champion Vishwanathan Anand is only second when it comes to being the earliest Grand Master in South Asia (Indian Sub-continent). He is only behind Bangladeshi Grand Master Niaz Murshed and you may look at http://en.wikipedia.org/wiki/Niaz_Murshed to know more about him. But in terms of volume, head count and number of years after independence, Bangladesh is quite smaller than India. It's the willpower of the people there, and count on us - we are coming up, slowly but steadily; not only in winning Noble prize or being a Test Cricket nation but also in other sectors like this.