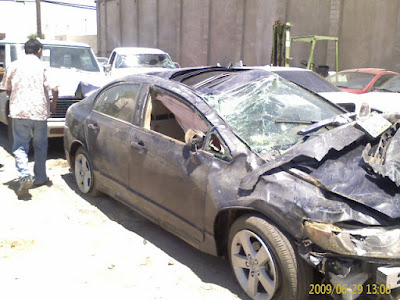 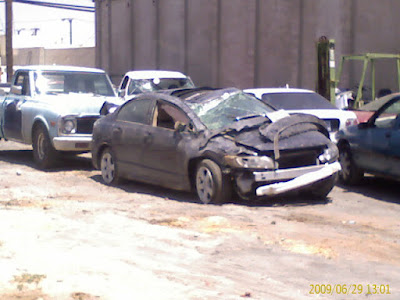 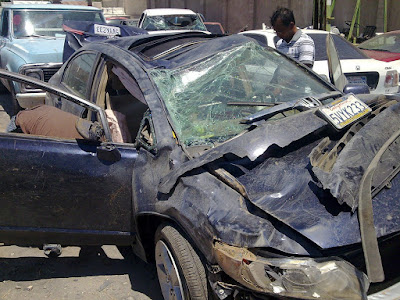 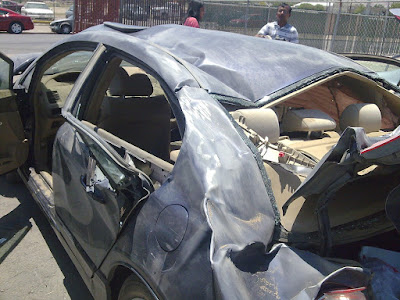 Here are some pictures of my damaged car to have an idea the extent of the shock - http://picasaweb.google.com/ashikuzzaman/CarAccidentOnHighway5June2009#
By the time we reached Dev0n's, Shahriar and Nitol reached the same place driving more than 250 miles from Fremont. We had lunch in a mexican restaurant and reached back home by evening. On the way back, I could tell my Uncle in New York and called Farmers to report the accident. Some of my friends who were anxiously waiting for our arrival, came with food and we had some conversations on what happened. I only emailed my manager and 2 of my colleagues that I survived an accident and will contact back to them later. At night I talked to Dhaka to my parents and in-laws and informed them of the accident with a softer way so that they don't get scared.
Morning today while talking to my manager, I was happy the way he supported me. I always tell people and telling here once again that Salesforce.com is an amazing place to work in despite its competitive environment.
Now I feel like I have a got a new life! Thanks Almighty, you have given 3 of us a chance to start anew!!
at June 30, 2009

thanks allah, you guys are fine. wish your good luck

It's blessing of Allah that everyone is doing fine now.

Unknown said...
This comment has been removed by the author.
11:46 AM

Road accidents can occur due to various reasons. They have become a common occurrence today. If we all follow traffic rules then it will better for us.