Ceaser in Dawn of the Planet of the Apes

I had a very high expectation from Dawn of the Planet of the Apes when I first saw the movie poster where Ceaser's face was portrayed with a look of a wise man (I mean ape)! So when I watched it the very first night it got released, I was stunned and speechless! It simply went on top of my imagination although I have seen Rise of the Planet of the Apes! Ceaser, the alpha Ape, is now my most favorite movie character (surpassing Hulk and if you include cartoon then will be only behind Lion-O of Thunder Cats). I have to exclude the book characters and nothing can make the same impression as the best books can! Its impossible. But even if I include book characters, I believe Ceaser will be in my top 10 list! 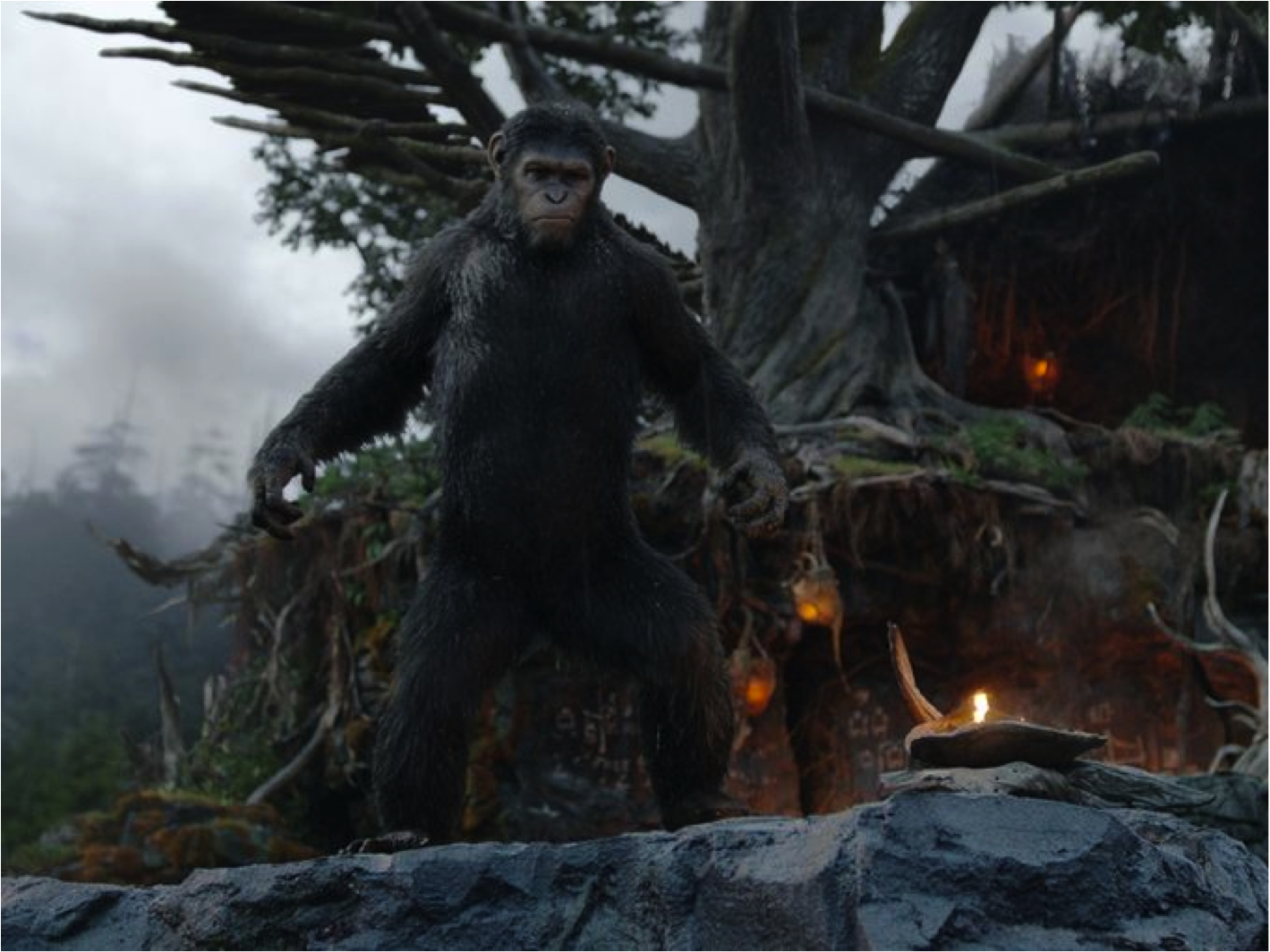 Well, its difficult to say which part I liked most, because I feel like I liked every second of the movie! Look at Ceaser's remarkable stand in front of his crowd. I see a leader who is shouldering the responsibility of the whole group to make a call. I see a mighty fighter who is in absolute control of his followers. I see a wise man who understands the power and strength can't be mis-used. I see a kind heart that is ready to help the weak.

These same things I have seen in Lion-O abundantly. Hulk is a lone fighter so I don't see it in him. Same applies to Batman or Spiderman or Superman or James Bond - the lone fighters can't really have that mass impacts on others. Optimus Prime of Transformers have some of these (although the tone of comedy takes away the emotional depth in most cases). Captain Krik of Star Trek has some of this.

I still hear the sigh and realization of Ceaser - “I always thought ape better than human […] I see now how much like them we are.” I am just looking for a scope to watch the movie again!

Update: Last weekend I watched it again - this time with my son Ahyan Zaman
at July 20, 2014 No comments: