Last Tuesday Ahyan and I played the 5th and 6th round of Tuesday Night Marathon online over chess.com arranged by Mechanics Chess Institute. The games are live analyzed by FIDE Master Paul Whitehead and Abel Talamantez. After a nice win by Ahyan at 5th round he was jointly in second position with 4 out of 5 in the open section which is phenomenal at his age and rating. Ahyan and I joined the commentary by invitation from TD Judit Sztaray after the 6th round for a short time. Here are some excerpts from our games and the commentaries. The TNM newsletter for this round may be found here - https://www.milibrary.org/chess-newsletters/931

The Best Chess Players Over Time (Estimated By Accuracy)

How To Learn Philosophy On My Own

I have been thinking of learning Philosophy without going to a college or enrolling in Philosophy courses for some time now. Philosophy is such a vast topic that the biggest trouble for me was to figure out where to start, what are the major areas of Philosophy that I should focus on, and how to go about it within the limited time I have. Apart from my spiritual quest, I was very intrigued by Jordan B Peterson's mentions of Friedrich Nietzsche in one of the best books I have ever read 12 Rules for Life: An Antidote to Chaos. 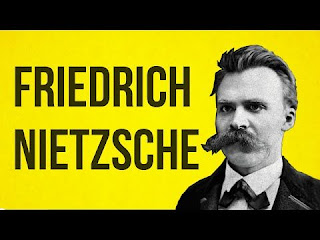 Some of my early attempts were watching the Philosophy Crash Course in YouTube (and planning to do these 47 videos another go in the next few weeks), reading 50 Philosophy Ideas you really need to know by Ben Dupre, listening in audible 50 Philosophy Classics: Thinking, Being, Acting, Seeing: Profound Insights and Powerful Thinking from Fifty Key Books by Tom Butler-Bowdon, and reading The Four Agreements by don Miguel Ruiz. It still didn't give me enough courage to undertake a long journey of diving deep into various branches of Philosophy. But finally I couldn't resist myself and woke up 5 AM in the morning today to google for four hours all the world of internet, and come up with the below outline for myself to proceed on what might turn out to be (if Almighty permits) decades journey into learning Philosophy myself.
First I went for identifying major branches of Philosophy to explore. Those are -
In addition to these, I have also seen the below few to be included as major branches.
I also see attempts to refer to Eastern Philosophy as spiritual and Western Philosophy as logical although most people don't even agree on these two broad definitions. For example, where to put Confucianism in this classification?
When it comes to where to start reading, I have seen popular arguments to begin with the history of Philosophy. For that, I am planning to read the paperback reprint A History of Western Philosophy by Bertrand Russell (895 pages) and listen to the audiobook The Story of Philosophy by Will Durant (19 hours). My friend Ashfaq gave me a book as a birthday gift which I will plan to finish next - A Little History of Philosophy of History by Nigel Warburton.
I plan to proceed then next with The Great Ideas of Philosophy, 2nd Edition by Daniel N. Robinson (30 hours), and then The Critique of Pure Reason by Immanuel Kant. After that, I hope to figure out which of the following books and in which order I will read next.
When stuck with any concept, I plan to use Stanford Encyclopedia of Philosophy, Reddit to unblock myself.
at August 14, 2020 No comments:

I have been fascinated while listening to and reading about the Universe since my childhood. But most of those readings have been random, organic in nature just like my readings on everything else - science fictions, detective novels, history, biography, cricket, soccer, and so on. The notable exception is Chess and Software Engineering which I have done pretty significantly in terms of method and volume.

In 2015 I started reducing my overall time spent reading, learning, and playing chess (it was not an easy decision, believe me). That gave me extra time to focus on my pursuit of knowledge outside of my day job and family responsibilities. So I picked up first to understand religions and particularly Islam as I felt it's my duty to know in detail as a Muslim. About 3 years of reading, watching videos, enrolling in seminars on topics related to Islam, Comparative Religions, Atheism, and relevant topics - I felt like it's good enough for me to synthesize and reflect on what I found for the foreseeable future. So I switched next to learn about Leadership and Self Help to move towards an Engineering Leadership career. My particular area of interest has been Bay Area Software Startups although I have been learning all aspects of leadership and management that I possibly could find. And then recently, I picked up the journey to learn deeply about Philosophy. I am immensely enjoying all these.

While these are good, my childhood aspiration to learn about the outer space and vastness of the Universe has never died. I have been waiting for the right moment to dive into it. I feel like now is the time. I recently joined a few large online groups that focus on knowledge around deep space. I have prepared a list of things to know after surfing through those in the last few months. You may find the above youtube video useful as a summary although I plan to cover much more than what is mentioned in that video. While planning, I also bought Einstein's Relativity & Quantum Revolution, Stephen Hawking's A Brief Hisotry of Time and The Universe In A Nutshell. Below is a brief outline of what I plan to cover, which I will continue to update as I make progress. Would you like to recommend something to add this list?
at August 14, 2020 No comments: