Last month (Feb 22, 2010 Monday to be precise) we went to see the live concert of Bon Jovi in San Jose. With me there were Shusmita, Shahriar, Nodee and Amin as we dropped Ahyan to Wali Bhai/Asha Vabi's house. Shusmita was interested when she heard about Bon Jovi and although I am in now way fac of English music except Michael Jackson and Hip Hop songs like 50 Cents, I agreed to the costly tickets of HP Pavilion in San Jose. We came back from office early that night and was on time at the stadium. I was understanding very well how good Bon Jovi was handling the crowd and making them stand on their feet. He has so many good songs although more than half of those I probably never heard. I enjoyed the show and his performance. So our next target in this line will be Black Eyed Peas (Ahyan's favorite) and Bryan Adams (Shusmita's favorite). 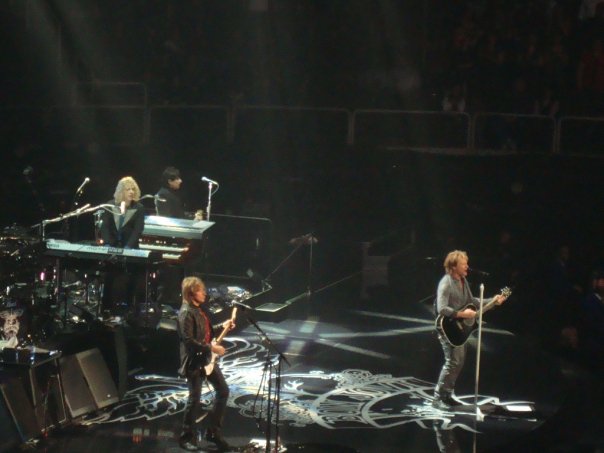 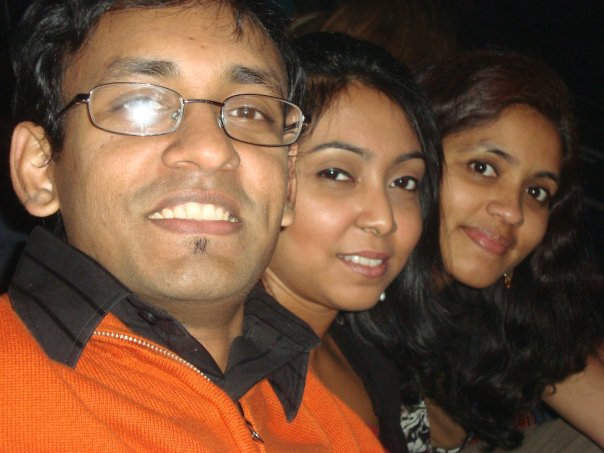 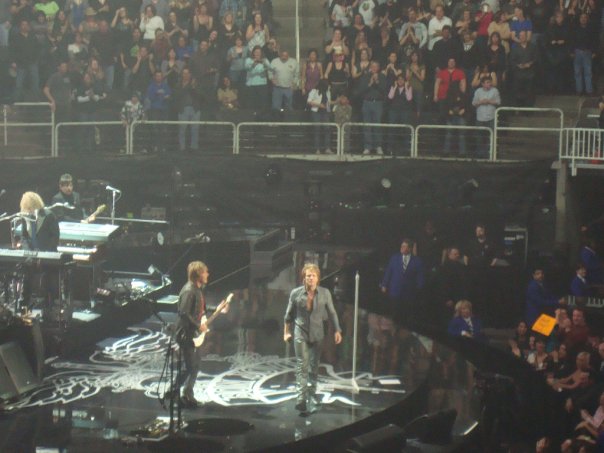 While last few months were great for me cricket wise as I was able to watch online several  Bangladesh and Sachin Tendulkar cricket games, the most rewarding one came at 24th February when Sachin made the first ODI double century in internal cricket (not counting women cricket). Aah, what an innings! No power hit, just fine pure cricketing brain and technique!!
While James Cameron's Avatar already crossed 2.5 billing USD in worldwide earnings, it lost the Oscar prizes to The Hurt Locker for best film and best director award. But at least amongst the 3 oscars it won, the best cinematography is there.
I got my new Macbook Pro laptop from office last week and am playing around with this. Right now, I have 2 PCs in office one Windows XP and another one Red Hat Linux Enterprise Edition 4.7. So this Mac is allowing me to use all the 3 worlds of O/S simultaneiusly. I like it.
In the meantime, we watched Karthik Calling Karthik recently in Union City. Deepika looked beautiful & Farhan proved that he is a great thinker. The movie was on my favorite topic schizophrenia and I could not help thinking of Humayun Ahmed's Misir Ali stories time and again while watching the movie. That prompted me to start reading the next project of Farhan Akhtar - The 3 Mistakes of My Life which is Chetan Bhagat's third book. I got the PDF version of the book online and it's about cricket, religious politics and rebellious love. About how 3 friends get caught in a tangle to earn some money and fame, and how they sort it out. The book was published in May 2008 and had an initial print-run of 200,000. The novel follows the story of three friends and is based in the city of Ahmedabad in western India. making Chetan the best selling English Novelist in India's history. Farhan's Excel Entertainment has bought the rights for making a movie based on this, and it will be directed by Abhishek Kapoor of Rock On!
I started regular Sunday hiking considering the Mount Whitney timeline is getting closer and also the rainy season is about to end that compelled me on and off to skip hiking in a few weekends. I particularly enjoyed lkast Sunday's hiking where we took a detour to cross a steep hill. While Sayeem and Shahriar were just fine, Hasinur and Nitol had to work a bit considering they have been out of hiking for a while now. Our next weekend plan is a grand Sunol Wilderness hike where lots of other Bangladeshi people are expected to join us. Please check our facebook group of Bay Area Bangladeshi Hikers Group for details.
at March 09, 2010

Wisden Cricketer on Sachin's Continued Performance saying he is not finished, instead is back in stronger mode -
http://wisdencricketer.com/item.php?parent_id=3&child_id=0&item_id=662